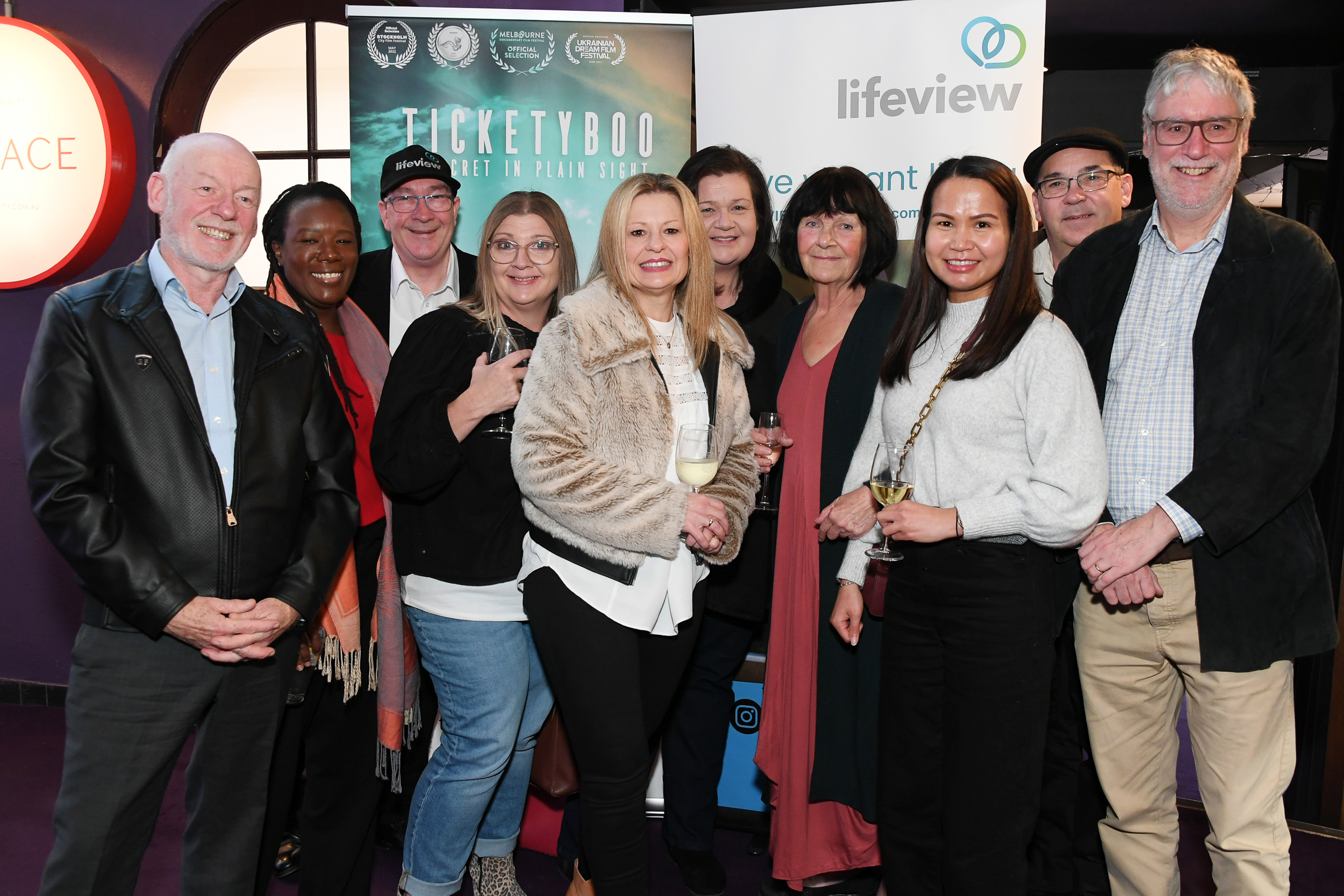 Lifeview is Featured in a New Documentary About Art and Dementia.

Lifeview staff and residents attended the screening of a new documentary “Ticketyboo”, on Saturday 30 July at Cinema Nova.

The documentary about art and dementia is part of the Melbourne Documentary Film Festival. Journalist Renée Brack confronts her fears by undergoing medical experiments as a human lab rat, risking her career and dignity to find out if she too, as her father did, has early signs of the disease. While on this journey, she discovers wonderful ways to stay connected to people living with dementia.

“It was an emotional afternoon, my mother ended up in aged care with dementia, so the documentary really hit home”, explained Alexandra Sidamon, EA to Lifeview Director.

This is an important awareness story about dementia, with Lifeview is featured in the movie as an aged care provider who cares for and accommodates people living with dementia. Gill Hynes, Lifeview’s Resident Advocate, appears in the documentary, discussing her 4o plus years working in aged care and how we can best interact with those living with dementia.

Lifeview recently appointed Katy Cavanagh as its Dementia Support Manager. We noticed more and more people coming into our homes with dementia, and a growing number of staff, families and residents who don’t know how to interact with them. Katy provides leadership, training and support in dementia best practice across all homes.

During the screening, residents from Lifeview Argyle Court were in the front row and had a great time. it was a moving experience with all the stars of the show being at the cinema. A Q&A was held after the movie, which was really informative, adding to the documentary.

“It was very eye-opening and gave me a better understanding and point of view of people with dementia”, said Jo Hester, resident at Argyle Court.

This event was the perfect occasion to bring awareness and share stories of hope. Lifeview is committed to always engage its residents, families and staff and give them the right tools, and training to support people with dementia.

In 2022, there are an estimated 487,500 Australians living with dementia. Without a medical breakthrough, the number of people with dementia is expected to increase to almost 1.1 million by 2058.